The Angel sharks which populate the waters around the Canary Islands come from the family Squatina, which are described as having broad flattened bodies, giving them a resemblance reminiscent of Rays.

Although worldwide there are a few different species of Angel Shark (sometimes called Monkfish) the species which is seen here in the North-Eastern Atlantic Ocean is the Squatina squatina.

They have a grayish or brownish patterned colouration which helps them to camouflage well against the sandy bottoms which they inhabit.  The females can grow up to a length of 2.4 metres, and males can reach 1.8 metres.  The maximum recorded weight is 80 kg.

A common misconception of sharks is that they need to remain swimming in order to respire, but this is only true of certain species.  The Angle shark is among many species which are able to settle on the bottom and pump fresh water past their gills for oxygen.

A nocturnal ambush predator – they can often be seen agitating the bottom in order to partially bury themselves in sand while waiting for passing prey, usually small bottom-dwelling fish.

Once buried a sharp eye is required to spot the faint outline, exposed eyes and gently moving gill slits. 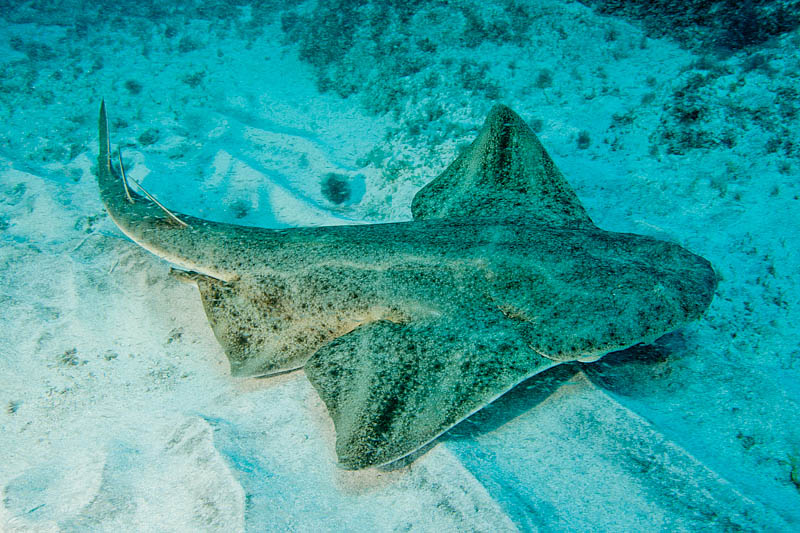 They pose very little risk to humans, although have been known to bite when provoked.  Unfortunately the same cannot be said in return – intense industrial fishing since the mid-20th Century has decimated the populations of Angel Sharks worldwide, sweeping up large numbers as unintended by-catch from bottom trawlers and similarly disruptive practices.

Today the small isolated populations which still exist are threatened due to a relatively slow breeding cycle.  This species is officially categorised as critically endangered.  In fact, the population of Angel Sharks around the Canary Islands is one of the last remaining populations of Squatina squatina.

Historically the species Squatina squatina was spread around coastal zones right across the North-Eastern Atlantic, from Norway and Sweden in the North down to the Canary Islands to the South.  More recently they have are believed to have been completely removed from the North Sea, as well as the Northern Mediterranean.

During the day they tend to remain quite motionless buried under a small layer of sediment.  At night they have been observed to be much more active, often swimming above the bottom and occasionally even congregating in large groups of up to a hundred. 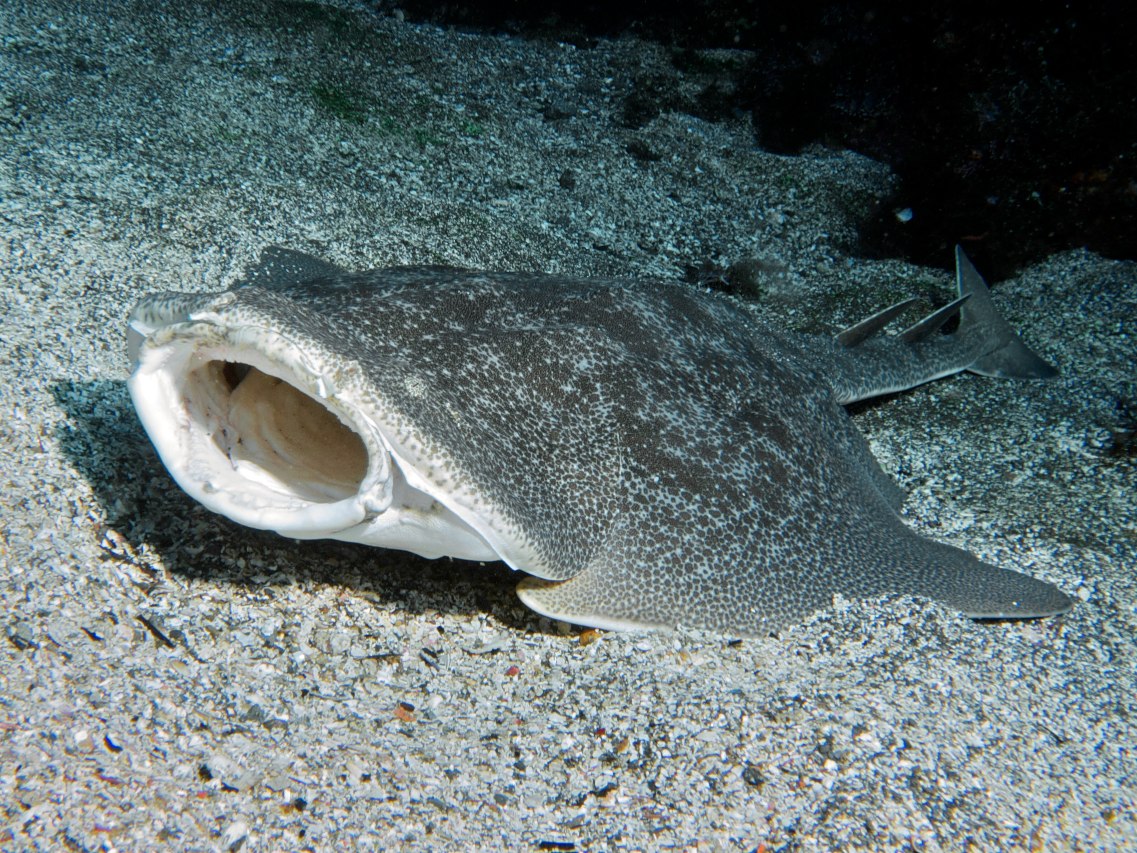 As stated before, the Angel shark is not generally aggressive towards humans, and will usually swim away when approached.  They can, however, be quite vicious when provoked and so it is recommended to approach them very slowly (to avoid scaring them away), maintain a distance of at least a metre whilst ensuring not to surround the specimen as this will likely make it feel trapped and more likely to lash out.  It has rows of needle-like teeth which have been recorded to give nasty injuries to the few people who have been unlucky and/or careless enough to anger or scare them.

The Ancient Greeks used to use Angel sharks both for their meat (which was described as being light and easy to digest), and for their skin – Pliny the Elder described this in his book Naturalis Historia as being a useful tool for polishing wood and ivory.

As with many other shark species, the Angel Shark is Ovoviviparous, meaning that the young develop inside eggs which remain inside the mother’s body.  It is believed (although more research is required) that the reproduction cycle is 2 years, and that a typical litter will be made up of between 7 and 25 juveniles – dependent mostly on the size of the mother.

This low rate of reproduction is the one of the primary reasons why the already decimated populations are unlikely to repopulate. 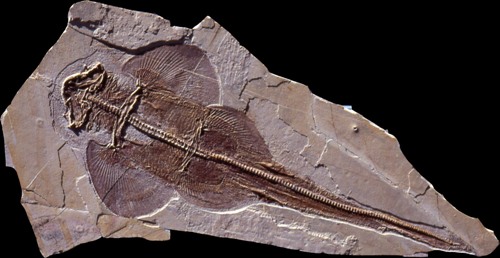 So, now you know a little more about these magnificent creatures.  If you wish to see them then Tenerife is one of the few locations worldwide which still has a significant population. The best time to see them is during the winter months (December to March). 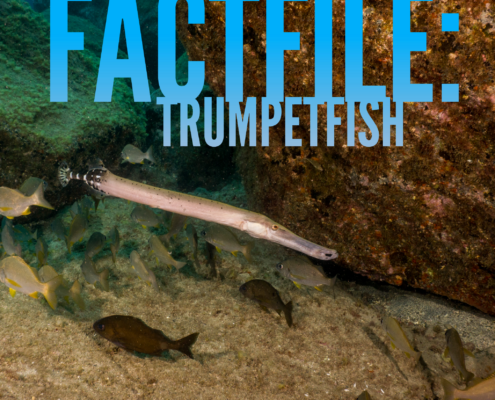 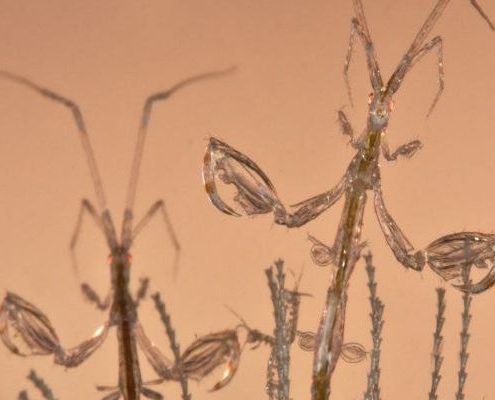 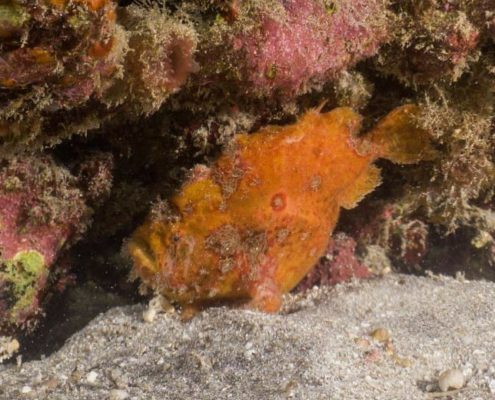 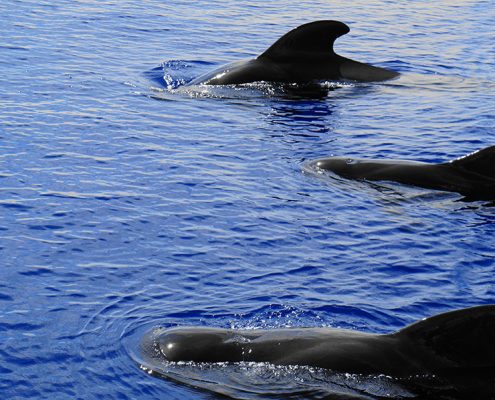 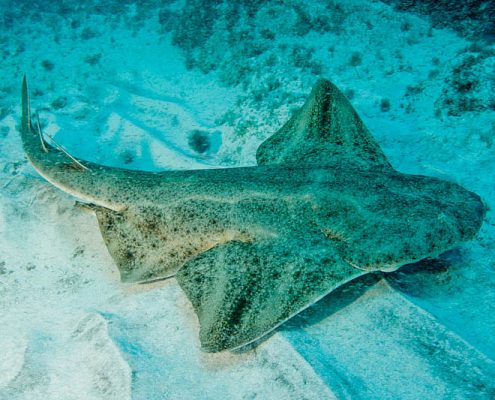